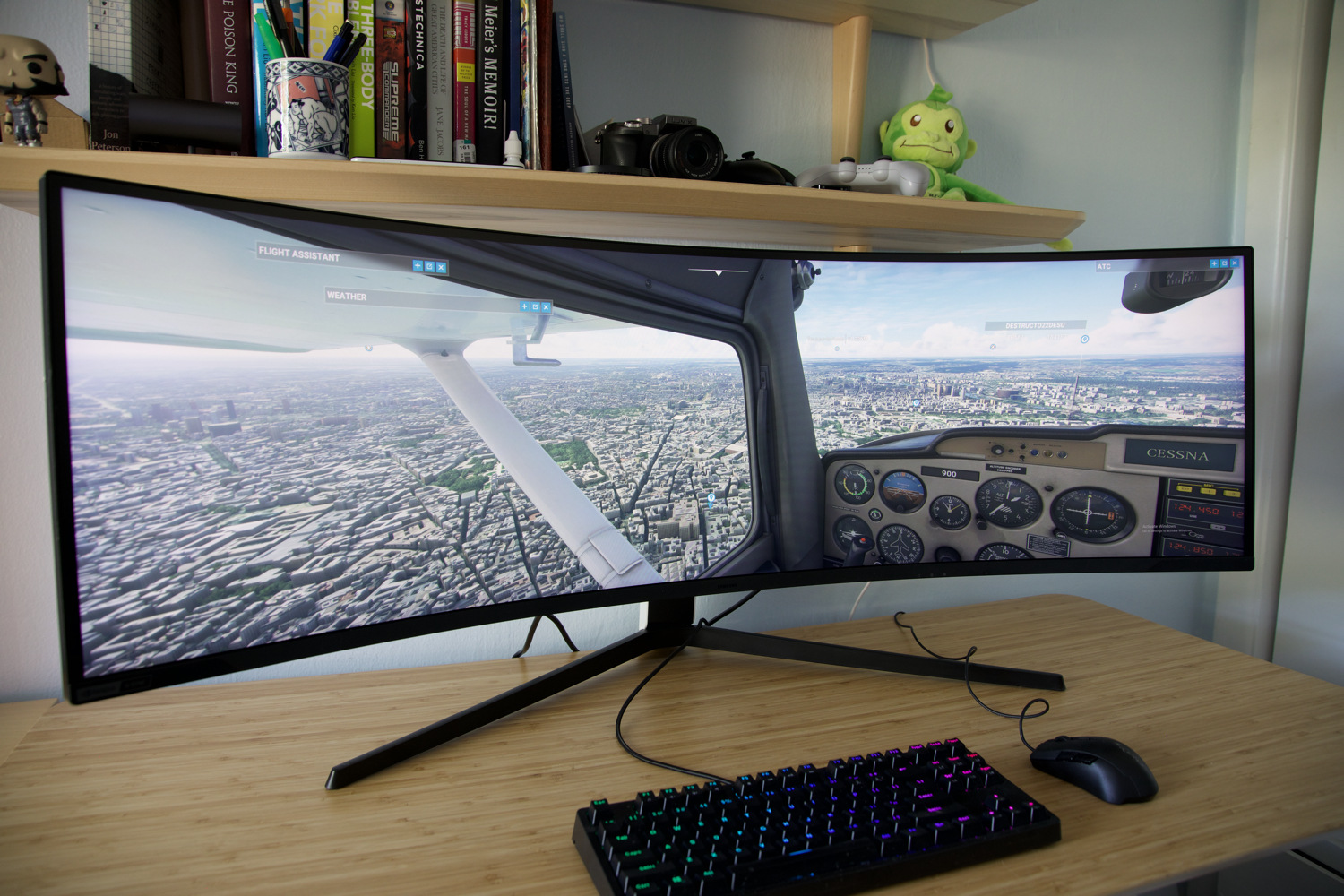 People like finding dirt-cheap laptops and $300 4K TVs on Black Friday, but if you’re in the market for high-end gear, you can save some serious dough on the big day. Case in point: Amazon is selling Samsung’s 49-inch ultrawide Odyssey Neo G9 for just $1,400 on Black Friday, an utterly massive $900 off its standard $2,300 price.

That’s a lot to spend on a monitor, but the Odyssey Neo G9 is worth it even at full price. It’s a massive 49-inch curved 5120×1440 display, the equivalent of running two standard 27-inch 1440p monitors side-by-side. But that’s not all: Samsung’s stunner also runs at a blistering 240Hz—four times faster than a standard 60Hz display, gamers—and comes infused with cutting-edge mini-LED technology that rivals OLED displays in terms of image quality. Better yet, this is a quantum HDR2000 screen, so you’ll get eye-searingly bright HDR visuals in compatible videos, games, and apps.

Add in wide 178-degree viewing angles, support for Nvidia G-Sync and AMD FreeSync Premium Pro, VESA mounting options, and a picture-by-picture feature that takes full advantage of the ultra-wide width, and it’s easy to see why Samsung normally charges $2,300 for this truly cutting-edge display. $1,500 is still by no means cheap, but saving $900 on one of the world’s best monitors is a deal you don’t want to miss if you can afford it. And if you can’t, our roundup of the best Black Friday monitor deals can point you towards abundant options for under $500.

This is one of the best Black Friday deals we’ve seen. Don’t miss out.