AN out-of-control Chinese rocket has crash-landed in the Indian Ocean as debris “lit up the night sky over Malaysia”.

Incredible footage alleges to show the spacecraft disintegrating over Kuching in Sarawak, Malaysia.

According to astronomer Jonathan McDowell, the debris is expect to crash downrange in northern Borneo or possibly in Brunei.

“Video from Kuching implies it was high in the atmosphere at the time – any debris would land hundreds of km further along track, near Sibu, Bintulu or even Brunei ” McDowell explained.

US Space Commanded confirmed in a tweet that the rocket re-entered over the Indian Ocean at approximately 5.45pm BST.

It said it was waiting of Chinese officials to confirm the exact details of the crash.

Experts at Aerospace – a space-focused research centre – predicted the craft made re-entry just after 6pm BST in the north Pacific Ocean.

Amateur video footage showed the rocket breaking up mid-air over Kuching in Malaysia.

The rocket and bits of debris light up the night sky as chunks of the rocket are predicted to have crashed in northern Borneo and Brunei.

Experts tried to plot the trajectory of the massive rocket as it made an unpredictable re-entry.

The Aerospace Corporation explained in a graphic that re-entry could be anywhere along the blue or yellow lines.

In one possible trajectory, seen on the yellow line, the rocket will first appear over the Indian Ocean before sweeping south below South Africa and across the southern Atlantic Ocean and heading up towards Brazil and close to the city of Sao Paolo, which has a population of more than 12.3m.

It will then sweep north-westerly across South America up along the western coast of Mexico and the US passing close to both San Diego, with a population of around 1.4m people, and Los Angeles, where nearly 4m people live.

It is then expected to veer off into the Pacific Ocean.

In the other, blue line, the rocket could sweep in across the Far East, past Japan, where almost 126m people live, before heading south and passing over countries such as the Philippines, Indonesia and Malaysia before crossing the Indian Ocean, heading south of South Africa and then ending up in the southern Atlantic Ocean.

Although in an update on Twitter, it said it was still too early to “determine a meaningful debris footprint.”

The latest available tracking data projects re-entry will occur around 6.15pm UK time, give or take an hour, according to the Aerospace Corp., a government-funded nonprofit research centre near Los Angeles.

The Beijing government said earlier this week it poses little risk to anyone on the ground.

The Long March 5B rocket blasted off on Sunday to deliver a laboratory module to the new Chinese space station under construction in orbit.

It marked the third flight of China’s most powerful rocket since its maiden launch in 2020.

As occurred during its first two flights, the rocket’s entire main-core stage – which is 100 feet (30 metres) long and weighs 22 tons (about 48,500 lb) – has already reached low orbit.

It is expected to tumble back toward Earth once atmospheric friction drags it downward, according to American experts.

Ultimately, the rocket body will disintegrate as it plunges through the atmosphere.

However, it is large enough that numerous chunks will likely survive a fiery re-entry to rain debris over an area some 2,000 km (1,240 miles) long by about 70 km (44 miles) wide, independent U.S.-based analysts said on Wednesday.

The overall risk to people and property on the ground is fairly low, Aerospace analyst Ted Muelhaupt told reporters in a news briefing. 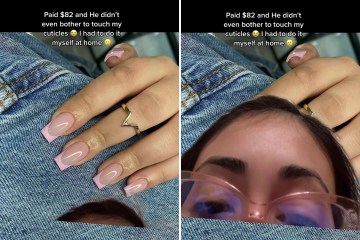 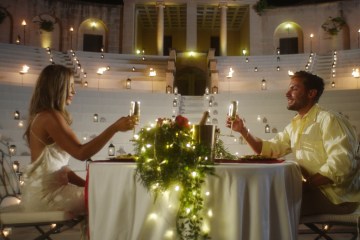 That’s because 75 per cent of Earth’s surface in the potential path of debris is water, desert or jungle.

Nevertheless, the possibility exists for pieces of the rocket to come down over a populated area.