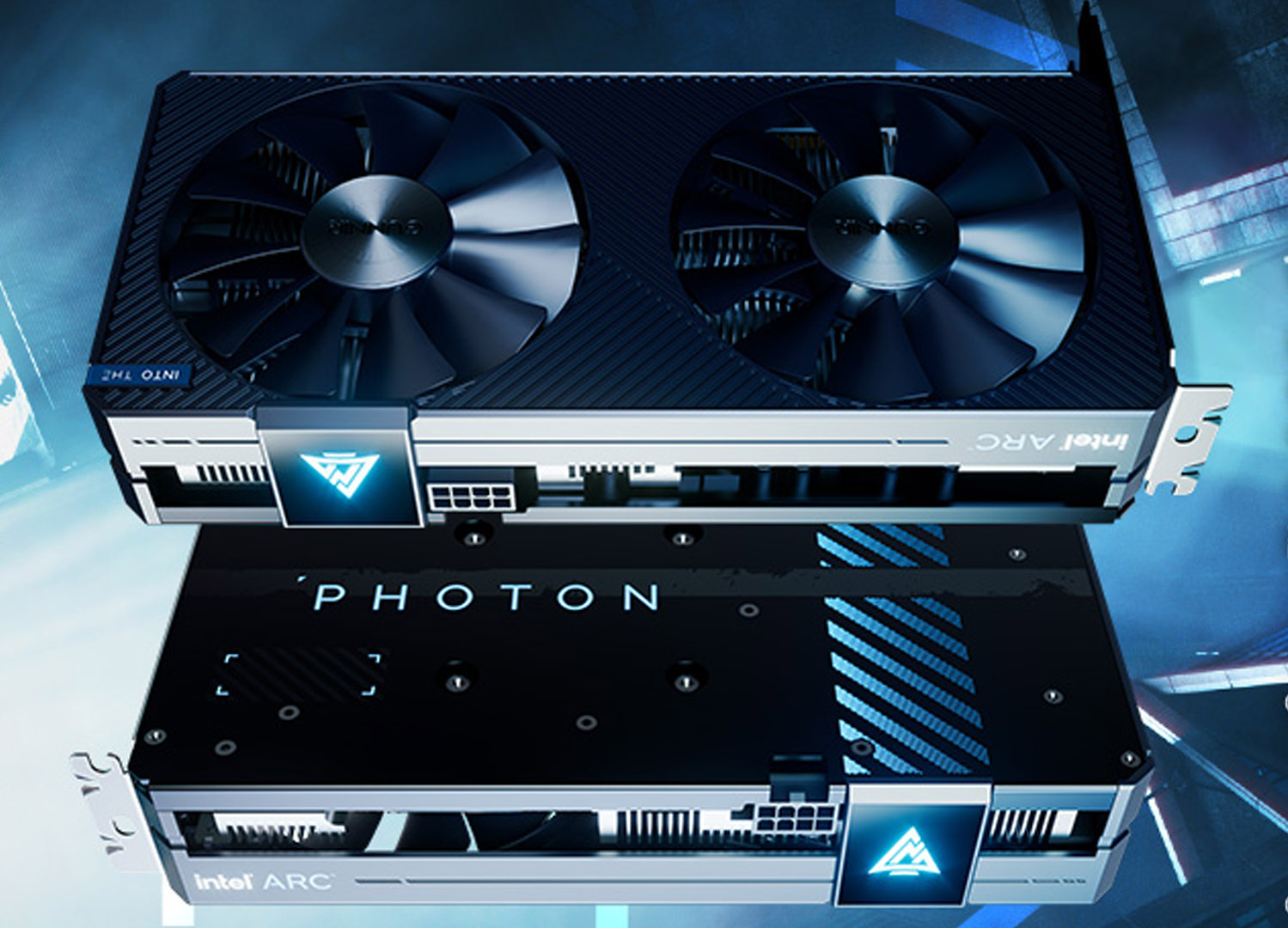 The Arc A380 is equipped with an 2GHz primary GPU packing 8 of Intel’s Xe cores, with 6GB of GDDR6 memory at 16Gbps. (For deeper insight into what “8 Xe cores” actually means, be sure to check out our deep-dive into Intel Arc’s Xe HPG architecture.) It has a TDP of 75 watts with an 8-pin power connector. In terms of raw capability it’s about on par with something like Nvidia’s GTX 1660 Super, though as a newer card it has a few extra bells and whistles like hardware support for ray tracing, AV1 encoding, and Intel’s intriguing “Deep Link” features. For I/O, the standard version of the A380 comes with four video outputs: HDMI 2.1, HDMI 2.0b, DisplayPort 2.0, and the older Embedded DisplayPort 1.4. The card can handle 4K/60Hz over HDMI and 8K/60Hz over DisplayPort.

Though Intel is only officially announcing shipments to manufacturers at the moment, Chinese GPU supplier Gunnir apparently has a model of the Arc A380 ready to go for consumers. This “Photon” dual-slot, customized version of the card has overclocked cores running at 2.45Ghz with a total board power of 92 watts. Unlike the base version of the card it’s equipped with three DisplayPort ports and one HDMI port, and it’s reportedly selling for 1030 yuan (about $153 USD). Note that that price isn’t necessarily indicative of a retail price in other countries — electronics tend to be considerably cheaper on the Chinese domestic market.

Obviously competition at this level isn’t going to set the graphics card market on fire — even with GPU shortages over the last two years, cards at this performance level haven’t been that difficult to find. Intel promises that more powerful cards in the series are coming to both China and the worldwide market, though regular consumers will probably still have to wait for PC manufacturers to get their orders in. According to various official sources and leaks, there are six more cards being developed in the first generation: Arc A310, A580, A750, A770, and the Arc Pro A40 and A50. They should be available in markets around the world before the end of the year.