FOR the last four and a half years, the BBC has been working away on the next season of Frozen Planet – the David Attenborough-narrated nature documentary about Earth’s coldest regions.

The team has explored the world, from the Arctic to the Antarctic, to the peaks of the highest mountains, and to the cold chill of a desert during nightfall.

Now the team is stepping into wholly unfamiliar territory: the world of Minecraft.

As each Frozen Planet II episode airs, Minecraft will release a free map for players to explore.

The maps will feature Attenborough’s narration as players swim, waddle, and fly over these blocky replicas of our planet, recreating moments from the show.

“What’s been fun working with the Minecraft team is they’ve got a real finger on the pulse of the young viewer,” Frozen Planet II series producer Elizabeth White explains. 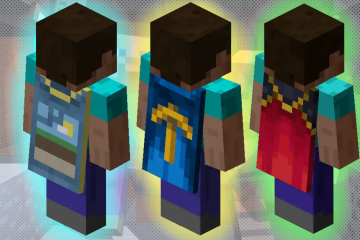 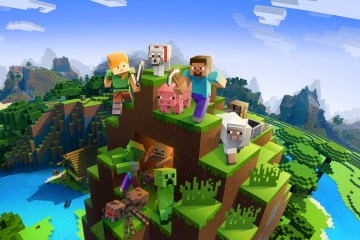 During the interview, White plays a clip of the upcoming series, featuring drone camera footage of an avalanche, melting ice caps, and animals fighting for survival in a hostile landscape. It’s awe-inspiring.

“I’ve watched that quite a few times now and it still gets me every time,” Minecraft’s director of learning programs, Justin Edwards, says.

“The BBC reached out to me and explained [the partnership idea], and my heart went back to the original Frozen Planet – it’s still with me.

“It took me point one of a second just go: ‘Yes, absolutely.’ It was a match made in heaven.”

To achieve this, the developers at Mojang had to completely rework how Minecraft behaves, creating eight new animal mobs (the game’s artificial intelligence), as well as new player behaviours, all playable from a third-person perspective.

These experiences will be released today as a series of free Worlds for players to download in Minecraft: Bedrock Edition, as well as Minecraft: Education Edition.

“On the Education Edition, we’re going to provide teaching resources – so, Word documents, PowerPoint files, and lesson plans that teachers can use alongside the TV series and the gameplay,” Edwards explains.

At this point, I’m shown the gameplay in a pre-recorded video.

Here the player takes control of a nesting chinstrap penguin who has to collect rocks for its nest while fending off other penguins who are out to steal its rocks.

“The mobs aren’t just skins,” Edwards explains. “They’re unique new character players in the way that they move and the way you interact with them.

“For example, with the penguins, left mouse click actually waves your flippers so that you can [shoo] away the other birds.”

Next, we’re swimming through icy seas as a killer whale, attempting to work with the rest of the pod to knock a seal from an ice platform.

When you take control of an eagle, you’re free to flap your wings and freely fly around a different landscape.

As a chameleon, you can change the colour of your skin to blend in with the block you’re currently sitting on.

“At the end of each game, you become a researcher,” Edwards says. “You have a camera and a notepad, and you’re able to explore the world and take photographs of the animals in those landscapes.”

This is where the educational aspect of the game comes into play, doling out factoids about the environment, the animals, and what we can do to combat climate change.

Five worlds, eight new animals – leopards, bumblebees, and walruses are some of the others – and 80 custom blocks make the whole thing up.

You’ll even find the sea is a slightly different tint from the usual Minecraft ocean so it more accurately represents the real-life version of the place.

Parents can watch the show with their children, fire up Minecraft afterward, and visit these virtual recreations to engage them more in the lessons they provide.

It’s not just dry education, either – it’s a celebration of the beauty and diversity of our planet, told in a modern, forward-thinking way, and tackling tough realities in ways that won’t scare the target audience.

“I think the thing with this series, it’s a celebration of these places,” White says. “The scientists, above all, do have a sense of hope.

“Certainly, we don’t want to leave people feeling as if it’s all doomed. There is time for us to change things if we all get involved.”

Whether you’re an active participant in that, pushing for positive change, or a passive observer, watching things change for the worse, change will always happen.

When the BBC revisited the killer whales – which also featured in the first season – for Frozen Planet II, they found that their behaviours had adapted. We’re all capable of it.

I’d like to think that there might be some alien version of David Attenborough looking down on us right now from his spaceship, narrating about how our kids are going to save the planet because of the BBC and a little game called Minecraft.

Written by Kirk McKeand on behalf of GLHF.