THE FIRST images taken by a Nasa spacecraft as it performed a close flyby of Jupiter’s frozen moon Europa have arrived back at Earth.

The series of snaps released Thursday give scientists their closest look at the mysterious, icy satellite in two decades.

They were captured by Nasa’s Juno spacecraft as it zipped within approximately 219 miles (352 kilometres) of Europa.

The moon is thought to have an ocean flowing beneath its thick frozen crust, raising the possibility of underwater life.

Scientists hailed the flyby as a success, with four pictures beamed down and released within several hours.

They had hoped to observe possible water plumes shooting from the surface of Europa, close in size to Earth’s moon. 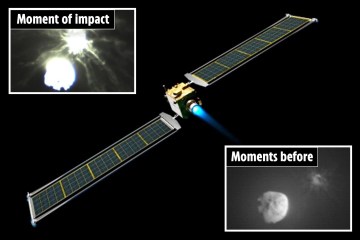 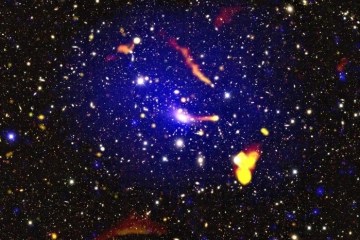 However, none were immediately visible in the initial look.

“We have to be at the right place at just the right time,” Juno’s chief scientist, Scott Bolton of Southwest Research Institute in San Antonio, said in a statement.

He said the intrepid probe was travelling at a relative velocity of almost 15 miles per second (23.6 kilometres per second).

The first photo from the flyby is a closeup of Europa’s equatorial region, crisscrossed by ridges, troughs and possibly an impact crater.

The latest observations will help Nasa plan for its Europa Clipper mission.

That’s due to launch from Cape Canaveral in Florida in 2024 and arrive at the Jovian system in 2030.

The European Space Agency also plans close encounters with its Jupiter Icy Moons Explorer, or Juice, lifting off next year.

Europa is home to ice-covered oceans believed to be about 15 miles thick and scientists suspect life may well be underneath.

Previous research has confirmed the presence of water and oxygen at its surface, the essentials for sustaining life, as well as chemicals that could serve as nutrients.

How the oxygen gets past the huge ice for whatever lurks deep down to breathe has been left to scientific theory, but in March a team put together a model to show just how it might work.

They’re convinced salt water within the icy shell could be transporting oxygen.

Building a physics-based computer simulation of the process, the oxygen basically hitches a ride on salt water under the moon’s “chaos terrains,” landscapes made up of cracks, ridges and ice blocks.

Their findings show that it’s not only possible, but could mean Europa’s ocean has a similar amount of oxygen as the oceans back here on Earth. 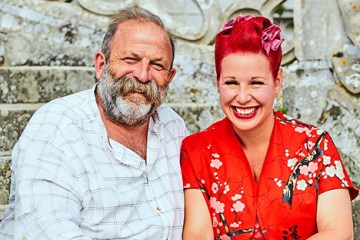 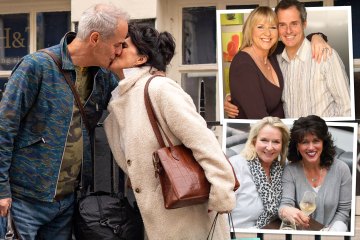 British Professor Monica Grady has previously said she believes we have a better chance of finding alien life on Europa than Mars, which tends to steal most of the focus.

“I think we’ve got a better chance of having slightly higher forms of life on Europa, perhaps similar to the intelligence of an octopus,” she said earlier this year.