OVERWATCH 2 has seen the return of a fan-made in-game mode that allows you to sexually assault female characters.

The mode has been in the game since the original Overwatch, and it was removed in the sequel, after it was caught by moderation.

The mode saw players take on the role of Cassidy, a hero that was once named McCree.

Cassidy’s name changed, as he was previously named after a former Blizzard employee who was accused of sexual harassment.

Sexual Harassment Simulator was and is surprisingly popular, and saw Cassidy throw a flashbang grenade at different female characters. 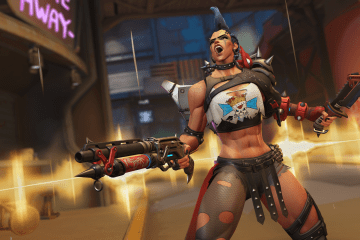 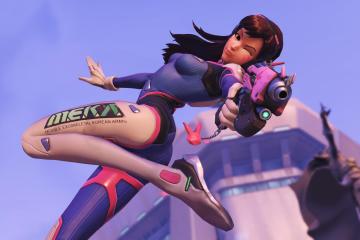 The game mode is now back, though it is unclear whether the ban was lifted or if the mode was recreated, though it seems to be the latter.

The developer wrote: “This is version 1.*** of the new and unique Sexual Harassment Simulator.

“Find new friends, live a normal life and give birth to a child.”

Fans are split as to the purpose of including such a controversial mode into the game.

Some have claimed it’s to highlight Blizzard’s lax moderation practices, and to encourage the company to be more vigilant with bans.

Others say it brings more awareness to the toxic work culture at Blizzard.

Publisher Activision Blizzard is currently fighting a lawsuit accusing the company of promoting a culture of sexual harassment against female employees.

On the other hand, as many children play Overwatch, players believe this kind of mode has no place in-game no matter the intended purpose.

However, due to the number of players participating in the mode, it has had enough attention to reach Overwatch 2’s ‘Popular’ page.

This means that the mode is automatically promoted to players looking for fan-made content.