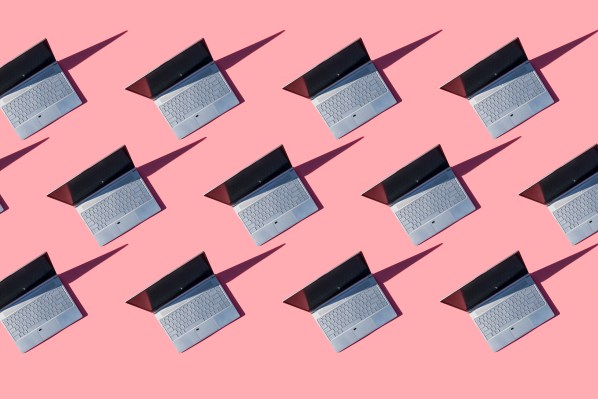 When you look at fourth quarter worldwide PC sales data from Canalys, IDC and Gartner, it’s fair to say that the news was not great with all three firms seeing precipitous declines from 2021 highs.

In fact, the numbers plunged for the fourth consecutive quarter with sales falling 28% according to IDC, 28.5% according to Gartner and 29% according to Canalys. These numbers include laptops and desktop computers running Windows, MacOS or Chrome operating systems.

The yearly totals told a similar story with all three firms coming in at around -16% decline year-over-year. But IDC analyst Ryan Reith pointed out, it may not be as gloomy as those numbers suggest because it was coming off a stellar 2021.

“2021 was near historic levels for PC shipments, so any comparison is going to be distorted. There’s no question when we look back at this time that the rise and fall of the PC market will be one for the record books, but plenty of opportunity still lies ahead,” Reith said in a statement.

There were no real winners in Q4 with not a single manufacturer in positive territory. The best you could hope for was minimal losses, and in most cases all three firms reported double digit losses across the board.

Apple had the least red ink on all three reports with Gartner reporting -10.1%, Canalys reporting a -7.5% growth rate compared to last year with IDC coming in at a more modest -2.1%. The news only got worse from there.

Among the top 3 PC manufacturers, Dell was the biggest loser on all three reports with all three reporting a loss of approximately 37%. After that, it was HP with -29% and Lenovo with about -28%. Those are big declines, regardless of the reason. 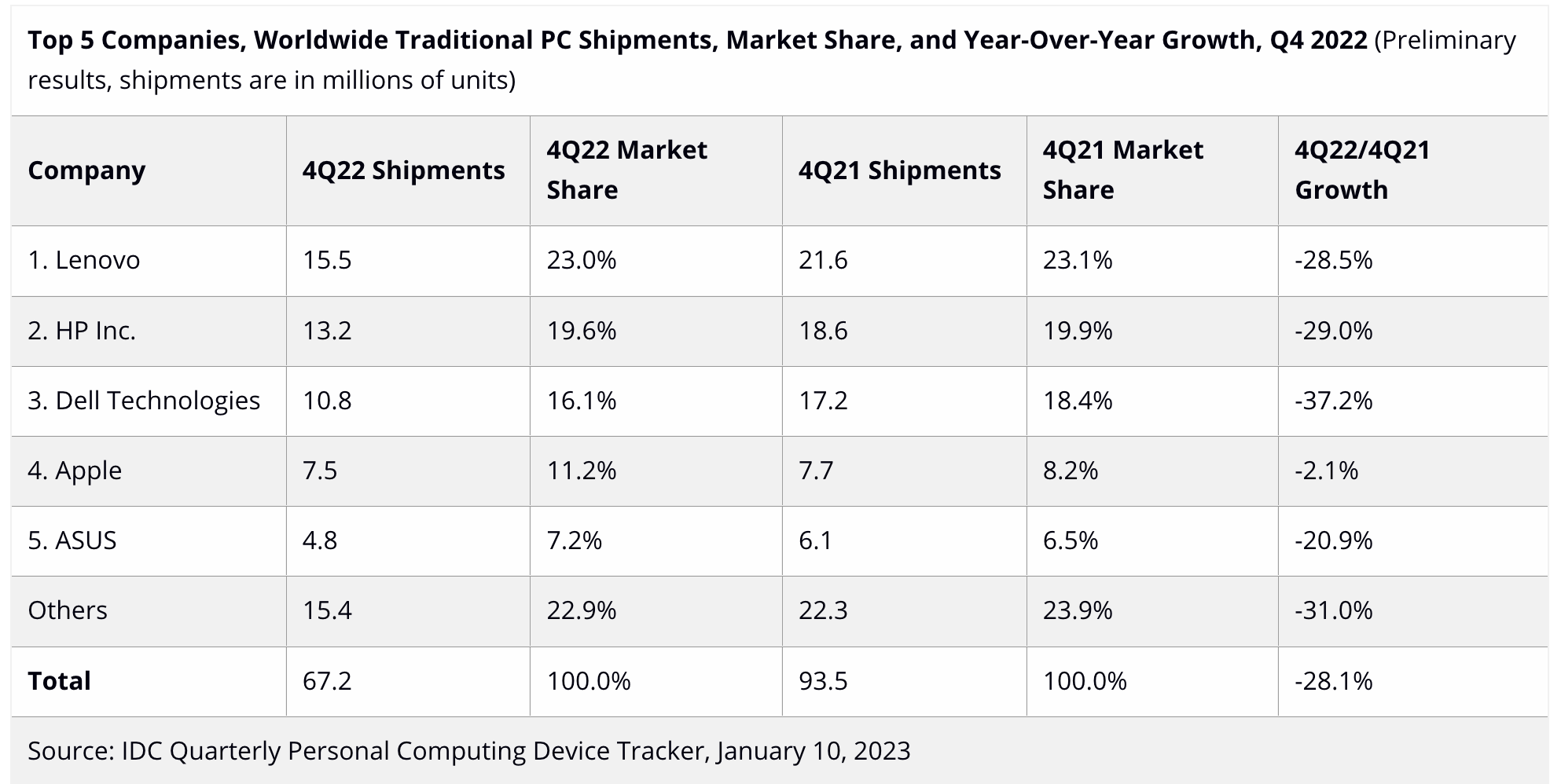 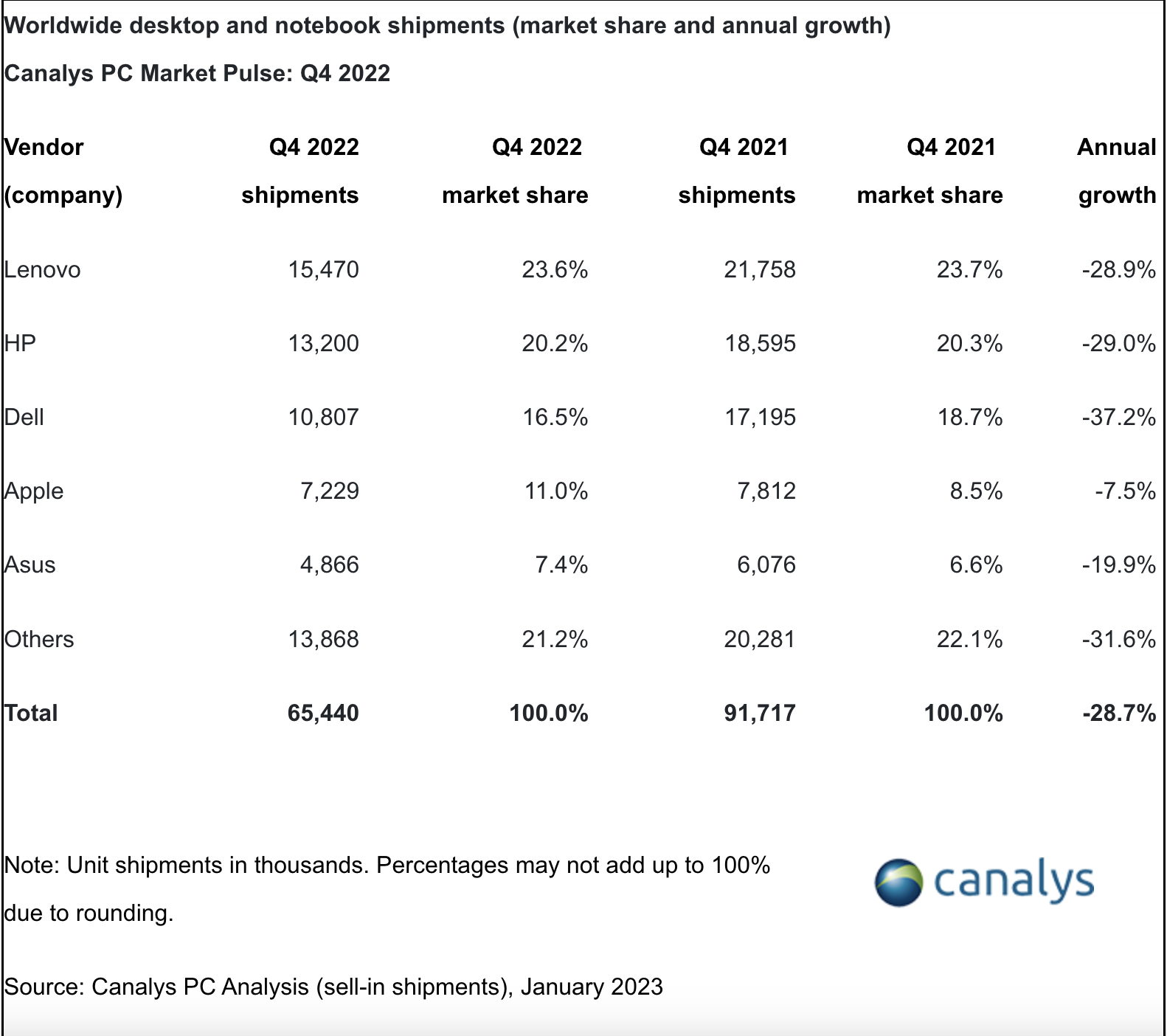 The Q4 numbers are particularly troublesome because the holidays usually represent a time when sales increase, and manufacturers made a big effort to boost sales with price cuts, but to no avail. Gartner reported it was the biggest drop they had seen for one quarter since it began tracking these numbers in the mid-1990s.

What does this all mean for the coming year? In general, in spite of the uncertain economic outlook, analysts are cautiously optimistic that we will begin to see an upswing later in the year, or by the beginning of 2024 at the latest.

“​​Once businesses and consumers ride out the storm, we expect delayed purchases to begin boosting the market in late 2023, with momentum picking up in 2024,” Canalys analyst Ishan Dutt said in a statement.

That is in line with IDC’s thinking as well, which is predicting a rebound in 2024 with some pockets of recovery in the coming year, while Gartner analyst Mikako Kitagawa is predicting the malaise could continue until the beginning of 2024.

While the market has taken a hit this year, it’s important to understand these numbers in context, and it appears that in spite of the precipitous drops in year-over-year percentages, when compared with the numbers prior to the lockdown in 2020, the outlook is somewhat more positive. 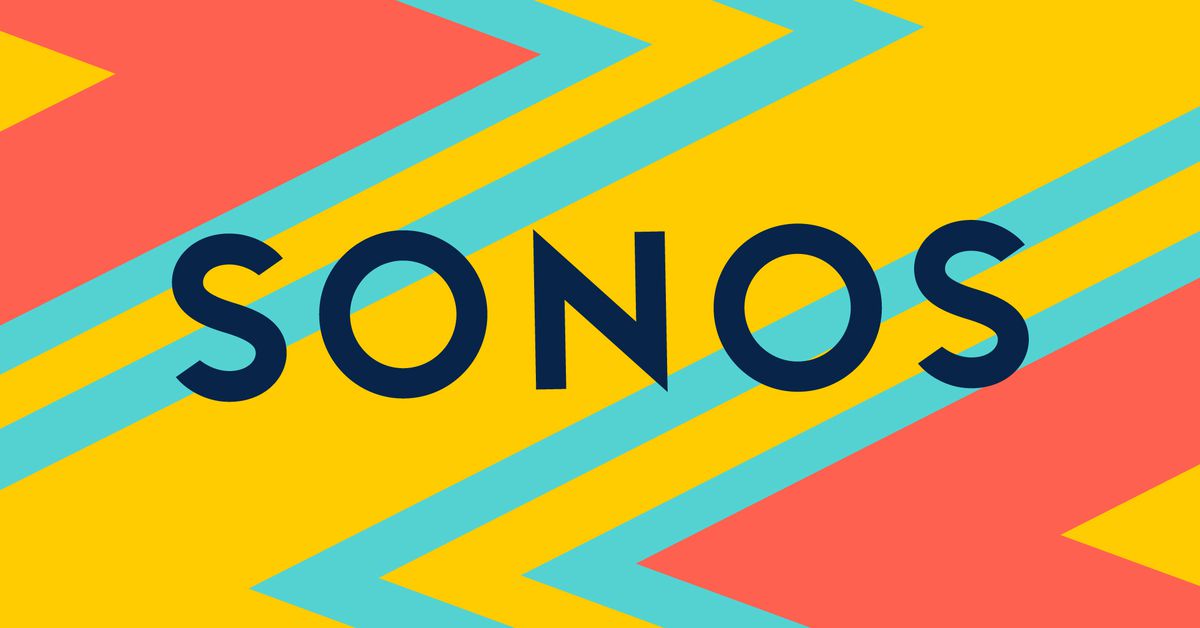