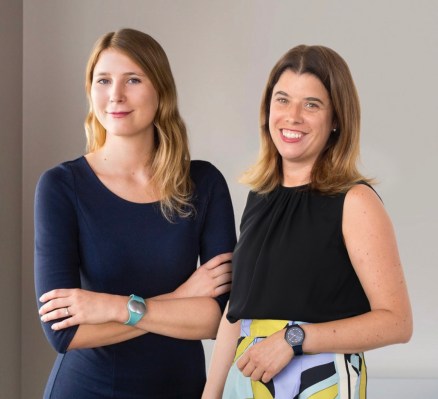 The firm says that its investment thesis is based on the statistical evidence that women perform better than men in leadership roles.

“The numbers are staggering. It’s not just about being ethical and doing good: global GDP would grow 6% if rates of entrepreneurship were equal between men and women,” said Lucian Wagner, Privilège Ventures founding general partner in a press statement.

The firm’s thesis is backed up by research from Boston Consulting Group on investment and revenue data over a five-year period. The study also showed that startups founded and co-founded by women received less than half the average investments made into companies led by men, even though the female led startups generated 10% more revenue over time.

“There are very few funds worldwide dedicated to backing female founders, and despite the rapid growth in the VC industry the percentage of female or gender-diverse-led teams is falling,” said Rüsch. “I started my professional life in the banking sector in Switzerland: this was, and partially still is, a very male-driven sector. I became used to being one of the few females in big conference rooms and I didn’t even pay any more attention to it. But when I got pregnant the first reaction from my senior colleagues was, ‘When will you stop working?’ This was quite shocking, I must admit.”

As Alex reported back in July, PitchBook data suggests that the percentage of venture capital deals that included at least one woman founder fell from 19.4% to 18.2%. In Europe, the numbers are even more dire. Privilège suggests that in Europe, female founders receive barely 1% of total VC investments.

Privilège Ventures’ LPs are mainly high net-worth individuals and family offices, the firm says, and the fund aims to write 15-20 early-stage checks, with initial investments in the $250,000 range.

“I really like to invest in founders at the very beginning of their journey. Often we meet them even before they have incorporated their company and we track them, coach them and see how they take their first steps in the entrepreneurial journey. Given our focus in seed stage, we feel it is key to be as close as possible with our companies and for this reason we have a preference for our local market, Switzerland, and the surrounding European countries,” Rüsch explains. “We are not specialized in a specific sector but we have some preferences, namely in med\tech, deep tech and in general for the digital economy. We like to enter as soon as possible, even pre-seed, and are happy to continue investing in the best companies up to Series A.”

The firm says it would love to see more companies trying to solve “real” problems — solutions that can save lives, preserve the planet and products that are not just “nice to have” but are “must-have.”

“Our overall portfolio already counts over 30% of companies with a female co-founder. As we aim to invest only in top-performing teams, we need to guarantee a strong deal flow and for this reason, we will look not only to Switzerland but to Europe as well with a higher focus on certain countries such as Italy, France and Germany, being closer to us,” says Rüsch, explaining why investing specifically in women continues to make sense for the fund. “Some will point to the simple fact that having different viewpoints in the room leads to more thoughtful decision-making — some will point to women having battled through a lot of hassles to get where they are. We see firsthand that women are driven to tackle problems that have been overlooked in tech — but can have a profound impact on the world. We already have startups in our portfolio with female founders or leaders working on using neurotech to improve sleep, fungicides to improve food and biomarkers to continually measure proteins and hormones to prevent and monitor health conditions, just to name a few.”