THE current generation of gaming hardware is a few years old, and rumours have been swelling about upgraded versions on the horizon.

However, we lack the degree in product design to make our dreams a reality.

That’s why we’ve enlisted the help of Craiyon, a popular AI image generator to help our dreams become — sort of — real. 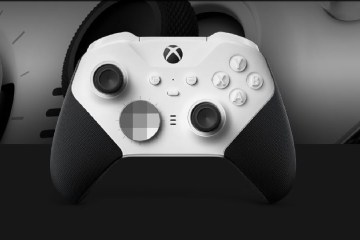 For all you fans, we’ve also included what we’d like to see changed about the console and why.

It may not be pretty, but here are the next three big consoles, as designed by AI.

Nintendo stands out in the gaming market as its own thing. It isn’t really trying to compete with PlayStation or Xbox.

What we love about the Switch is the ability to go from handheld to home console in a second, so we wanted to lean into that.

Even the Switch Lite is a bit too bulky to comfortably carry in your pocket, so we’d make the base even smaller, phone size.

The other issue the Switch has is that the Joycon are naff.

Aside from stick drift – a common problem with the controllers – they are just small and difficult to use.

Based on Hori’s third-party controller, we would like a controller that can turn into a pro controller without the need for an extra grip.

Adjusting the shape would give better grip and stop the Joycon getting lost in your hands.

We’d also give them a proper d-pad, something we know Nintendo has been trying to add into newer releases.

The obvious flaw of the Switch is that it isn’t as powerful as its competitors, but it doesn’t really need to be.

If you want a powerful handheld, the Steam Deck is a great option, with an incredible selection of high powered games.

Nintendo can stick to what it does best, and focus on a handheld which goes back to the company’s roots.

Let’s get back something as daring and glorious as Nintendo’s greatest console, the Game Boy Micro.

We want to keep that gorgeous OLED screen as well. It’s hard to go back once you’ve had one.

The PlayStation 5 is a big healthy boy that Sony is very proud of, but it is definitely not without its flaws.

We would like a much smaller PS5, and if we are being very greedy, it should be able to easily sit on the shelf.

The AI spat out this neat little square and it gave us the vibes of the PS One remodel, which is one of its slickest looking consoles.

We wanted to keep the disc drive, but also give people the one PlayStation feature they’ve wanted since the PS5 release – proper backwards compatibility.

Not just via subscription services like PS Plus, but full on physical compatibility like with the 60GB PS3 model.

Hopefully, a smaller console means less noise too, as the PS5 can get quite loud when you’re in a game.

The last thing we would change is the controller.

We like the touchpad, which is great for typing, and are in love with the haptic feedback and reactive triggers.

However, PlayStation has a weird attachment to aligned thumbsticks which we’ll never really understand.

If they were offset like the Xbox Elite controller, the DualSense would be out and out the best on the market.

It was very difficult to get the AI to move away from this muddy navy colour, so apologies for that in advance.

However, a choice of colours rather than the standard white and black would be fun additions to the design.

The overall design of the smaller Series S is a big hit with players, especially how well it fits on any shelf.

The one problem the Series consoles suffer with is the noise, so a larger lower powered fan would help not only with the console energy consumption issues, but keep it silent.

Despite loving the shape and size of the S, we’re talking pipe dreams here, so we still want the disc drive and the power of the X.

We would just rather that power didn’t come with the obvious downside that the console looks like a fridge.

You may have also noticed we just photoshopped in the Elite controller, because the design and layout of this bad boy is already perfect.

But if we’re allowing PlayStation to offset its thumbsticks, then I think it’s okay to allow Xbox to steal PlayStation’s haptics and adaptive triggers.

While Xbox already has great backwards compatibility with the games in its Game Pass library, could we also get that for free?

Maybe that’s asking too much.