APPLE just added all sorts of handy features to the iPhone that make messaging a little bit easier.

The tricks were introduced last week with the roll-out of iOS 16, the latest version of the iPhone operating system.

You’ll need to download iOS 16 before you can try any of them. There’s a guide on how to do that at the bottom of the page.

Here are three things you can try on the Messages app following the software update.

Not all iMessages can be tweaked or deleted: there’s a time limit.

You only have 15 minutes to make any changes to a text before the option runs out. 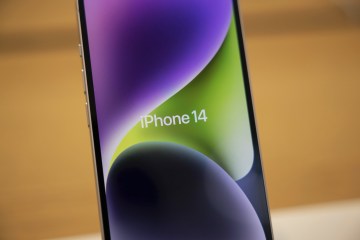 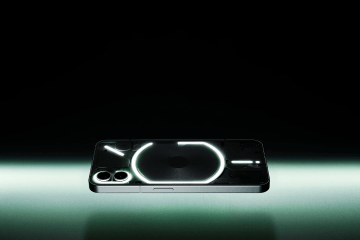 imply hold down on the message to edit it.

Recipients will be alerted when a text has been edited.

However it won’t be possible to see exactly what changes have been made – unless you had previously seen the message and remembered what it said.

Also important is that both the sender and recipient will need to be on iOS 16 for the feature to work.

So even if you have iOS 16, you won’t be able to unsend or edit a text for a person who hasn’t yet upgraded.

You’ll receive a warning that some people won’t see your edits if this is the case.

For the feature to work, everyone needs to be running iOS 16.

Sadly, if you’re using WhatsApp then there’s no way to edit a text.

So you might not have to wait too long before you can edit WhatsApp texts too.

You can unsend an iMessage on iOS 16 within 15 minutes of sending it by holding down on the text.

But don’t think you can do it silently.

Just like on WhatsApp, if a text has been “unsent” then a note will appear for both the sender and recipient.

This will stop any confusion once a text has vanished.

Simply hold down on the message and choose Delete For Everyone.

This option disappears after too much time has passed, so be quick.

Finally! It’s possible to get “haptic” feedback when typing on an iPhone keyboard.

That means you’ll feel tiny vibrations when you tap each character.

It’s a trick that’s been available for years on Android.

But the clever feature has finally come to iPhone with the latest iOS 16 update.

Go to Settings > Sound & Haptics and then toggle Haptic on for your iPhone Keyboard Feedback.

Every year, Apple rolls out a new version of its iOS software for iPhone.

This is the core operating system that powers the device, delivering Apple’s apps, features and designs to your iPhone.

This year’s new version is called iOS 16 and its packed with new iPhone features users have been waiting for.

This includes a new Lock Screen with widgets, stylized Portrait wallpapers, and notifications that roll up from the bottom.

Messages are also getting a major update that lets you edit or recall recently send messages, as well as recover recently deleted messages or mark conversations as unread.

Lockdown mode and Safety Check are also new to the iPhone game adding safety features that protect users from online hacking and abuse.

To try out iOS 16 for yourself, you’ll need to update your iPhone software.

You can then tap Upgrade to iOS 16 at the bottom of the screen and then Download and Install.

On some iPhones, you’ll be directed to Download and Install automatically.

You’ll be asked to enter your iPhone passcode (if it has one) and then agree to Apple’s terms and conditions.

The download and installation process will take up to an hour, so make sure you send any important messages before starting.